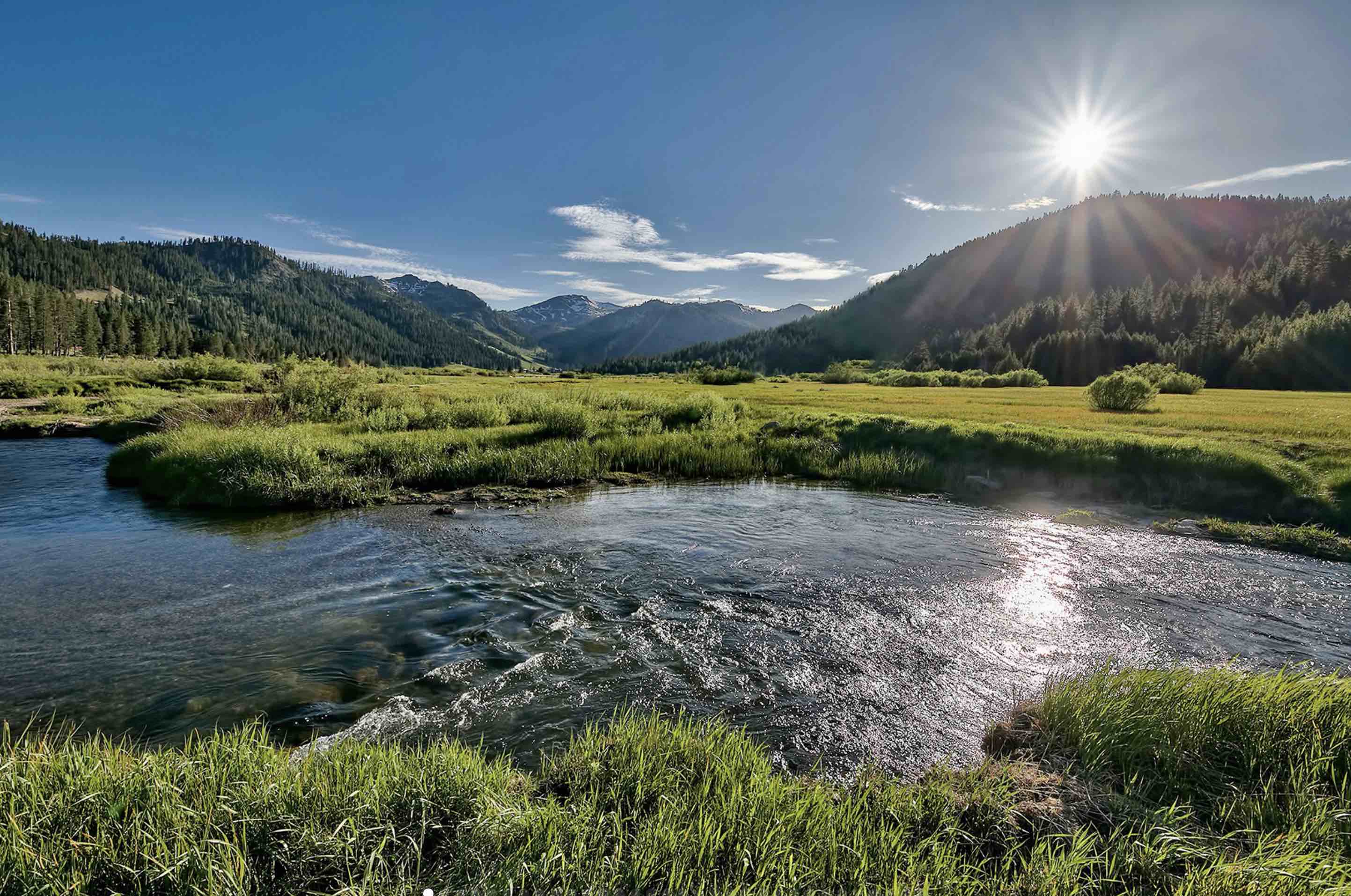 The Truckee Donner Land Trust in combination with the Squaw Valley Public Service District will purchase the 29.6-acre property owned by the Poulsen family (one of the valley's founding families) since 1942. The property will be preserved and a large portion will be opened to the public. There will be no subdivision and no development projects. Instead, a $1.6 million grant for restoration received by the Friends of Squaw Valley will restore the watershed and improve the creek and meadow health.

The history of the property as detailed on the property website reads "Wayne Poulsen, a legendary ski pioneer and visionary, is best known as the founder of Squaw Valley Ski Resort. As an eleven-year-old Boy Scout, Poulsen built his first pair of skis, which began a life long passion that would influence the history of skiing in the Sierra Nevada in profound ways. In the early 1930’s while in high school on a camping trip to Squaw Valley, Poulsen envisioned a dream to build a world-class ski area on the granite peaks above the breathtaking valley. While waiting for his orders to serve as a flight instructor in the war, Poulsen worked as a ski instructor in Sun Valley, Idaho. He quickly fell in love with his first and only student, a New York socialite, Sandy Kunau. They were married in 1942 at the Santa Monica oceanfront home of famous Hollywood actress, Norma Shearer, beginning a deep and adventurous lifelong love affair. In 1943, they purchased 640 acres from the Southern Pacific Railroad. Poulsen swept Sandy away from her upscale life in Manhattan and moved her into a tent in Squaw Valley, where they camped on the original homestead site along Squaw Creek. The couple summered here, bathing in the creek and eating fresh trout Wayne caught.

On an early skiing expedition together, they hiked to the top of a mountain, where Wayne made a quick decent of the steep slope. Waiting at the base, he counted as Sandy traversed the slope, making kick turns in the trees, twenty-two of them. Wayne named the famous run, KT-22 after Sandy. In 1948, Wayne partnered with Harvard graduate and lawyer, Alex Cushing and investor, Laurance Rockefeller. Wayne’s dream to create a world-class ski area began to take shape when together they founded Squaw Valley Development Company. Cushing was an aggressive developer, in contrast to Wayne’s conservative approach that respected and protected the mountain environment he loved. The Partnership ended just before opening day in 1949. The 1960 Winter Olympic Games brought Squaw Valley world-wide recognition and the realization of Wayne’s boyhood dream.

Wayne and Sandy went on to purchase an additional 2,000 acres of land, forming Squaw Valley Land and Livestock Company. They continued to build and shape the Squaw Valley community they loved. In preparation for the 1960 Winter Olympic Games, the IOC, USOC and the State of California had a plan to pave over part of the valley floor. Using all their personal resources, Wayne and Sandy fought to protect the iconic Squaw Valley meadow. They single-handedly blocked 150 acres of meadow from being paved over and used as the site of a sewage treatment plant.

Wayne and Sandy raised eight children, two of which went on to become Olympic Ski Champions, and one became All American. Wayne Poulsen was inducted into the Athletic Hall of Fame for skiing in 1974. He was elected to the US National Ski Hall of Fame in 1980. In 2004 Sandy and Wayne were awarded a Lifetime Achievement Award from the Squaw Valley Institute. In 2005 Poulsen Peak was named to honor this legendary skier and his legacy.

With all the land in Squaw Valley to choose from, it is here that the founding family chose to live and build their dream home. Included in the acreage is the original campsite along the banks of Squaw Creek they called home as newlyweds."